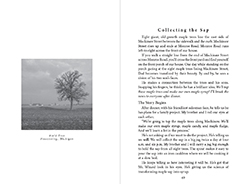 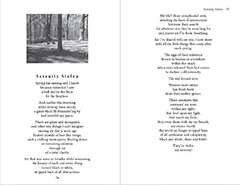 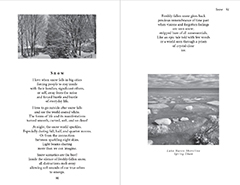 Tales from a Mid-Century Boy 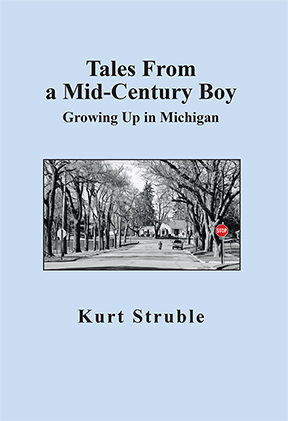 Find your copy at your favorite store

Struble's ability to remember specifics about people and incidents from the 1950s – 1960s is remarkable. Having grown up in the same city only blocks away, to read Tales from a Mid-Century Boy took me back to my own memories and highlighted some I didn't recall yet were vaguely familiar.

Memories that more than likely would have remained buried if not for Struble's uncanny ability to bring to the surface even the most miniscule details bringing people and places back to life today. ~ Rebecca McAlpine, Michigan

Short stories, poems, and narratives mostly about a ten- to sixteen-year-old boy growing up in Durand, Michigan, a small mid-western town during the 1950s, and summers spent at the family cottage on Tawas Point in "up north" Michigan, at a time when kids were free from the fear that dominates the world we live in today compared to the ultimate freedom kids had during mid-century America. The freedom to roam far and wide on bicycles seeking "pick up" games of sports, fishing, and exploring the world of nature all day. Every day. With one requirement: Be home in time for dinner. The boy in Tales From a Mid-Century Boy shows readers what it was like growing up in Mid-Century America. It acknowledges how lucky we were to have been a kid growing up in America during the golden years, 1950-1965.

Kurt Struble grew up in Durand, Michigan, population 4,500, the railroad center of the state, during a fifteen year window of time I call the Golden Age of America 1950–1965. Summers at the family cottage along the northern shoreline of Lake Huron on Tawas Point are the inspiration for most of my stories. In 1965, I graduated from the same high school as my parents, one grandfather, and a great aunt attended during the early 1900s.

After high school, Struble attended Eastern Michigan University in Ypsilanti, Michigan, where he received my B.S. Degree in psychology with a minor in literature in 1969. From 1969–1970, Struble taught third grade at the same elementary school he attended as a boy alongside teachers who taught him years before.

Retired now, Struble travels between Port Charlotte, Florida, a cottage in Tawas, Michigan, Atlanta, Georgia, Seattle, Washington, and all points in between.